To share your memory on the wall of William Soesbe, sign in using one of the following options:

William Arthur Soesbe was born June 6, 1942 in Clinton, Iowa, the son of Philip and Barbara (Siegel) Soesbe. He graduated from St. Mary's High School in Clinton in 1961 and married Diane Sullivan on October 16, 1962 at St. Irenaeus Church in Clinton. He graduated from Iowa Barber College and worked with his brother Jack at Soesbe's Barber Shop before being drafted into the US Army. Bill served his country honorably in Vietnam from 1967-1969, transporting munitions and supplies along the Ho Chi Min Trail and building barracks. Bill was employed as a Millwright at the former Clinton Corn Processing and retired from Alcoa in 2005.

A celebration of Bill’s life will be planned for a later date.
Read Less

To plant a memorial tree in honor of William A. "Bill" Soesbe, please visit our Heartfelt Sympathies Store.

There are no events scheduled. You can still show your support by sending flowers directly to the family, or planting a memorial tree in memory of William A. "Bill" Soesbe.
Plant a Tree

Posted Sep 03, 2020 at 07:01pm
I was happy to call Bill my friend throughout our high school days and onward! One of my few fond memories of my time in Vietnam was running into Bill and then finding out he wasn’t to far away . We managed to spend a couple of days together! Wish it would have been more but am happy to have had that time ! He was a good man . Hate that as we get older our circle of friends gets smaller!
Larry Stillings
St Marys HS 61
Comment Share
Share via:
MB

Posted Sep 03, 2020 at 05:54pm
Bill cut my hair as a kid, and the Soesbe family was a big part of my childhood. Nate toughened me up for basketball and I ran around the yard with Mindy, Jenny and Leah often. I can still remember the layout of the house and garage. I am very saddened to hear of Bill's passing and my thoughts and prayers are with Diane and the whole family.
Comment Share
Share via:
SM

Posted Sep 03, 2020 at 09:59am
Always loved his calming nature no matter what was going on.Even all the wild neighborhood kids.and his smile
Comment Share
Share via: 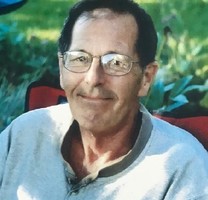