To share your memory on the wall of Jane Anderson, sign in using one of the following options:

Jane was born November 2, 1949 in Boone, Iowa the daughter of Glenn and Evelyne (Sass) Huffman. She was a 1968 graduate of Clinton High School. Jane was united in marriage to Richard Anderson on June 13, 1969 in Clinton.
Jane was a homemaker - lovingly caring for her family. She was a long-time member of the Gateway Faith Fellowship Church in Fulton, Illinois.
Jane’s passion was reading, she read numerous books, especially Christian books. She loved all the fur-babies she had her entire life, especially, Rosie. Above all, she loved her family very much and will be incredibly missed.

She was preceded in death by her parents, infant son – Richard Jr., one sister – Linda and one brother – Michael.

To send flowers to the family or plant a tree in memory of Jane Marie Anderson (Huffman), please visit our Heartfelt Sympathies Store.

Receive notifications about information and event scheduling for Jane

We encourage you to share your most beloved memories of Jane here, so that the family and other loved ones can always see it. You can upload cherished photographs, or share your favorite stories, and can even comment on those shared by others.

Posted Oct 10, 2020 at 12:22am
Aunt Jane you will truly be missed i thank god for you helping me and my late mom through the health issues she had and for loving me and her through both good times and bad I will love you always
Comment Share
Share via:
CA

Posted Oct 09, 2020 at 09:30pm
Mom I will forever love and miss you! You taught me soo much. Most importantly You taught me how to cook. Your comforting, nurturing and loving ways guided me and made me who I am today.THANK YOU! I miss you mom until I see you again.❤️❤️❤️❤️
Comment Share
Share via:
SR

God has taken another good person into heaven. I never knew Gramma Anderson personally, but she became Gramma to my nieces and nephews. Such a kind soul. Love to her family. Sandi Rose and Jan Bogart. 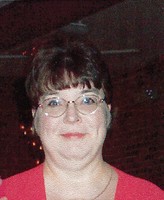