To share your memory on the wall of William Smith, sign in using one of the following options:

Print
William “Bill” Smith, 82, passed away peacefully at home, surrounded by family on April 26, 2020. Honoring his wishes there will be no services. Lemke Funeral Homes assisted the family with arrangements.

He was born on March 12,... Read More
William “Bill” Smith, 82, passed away peacefully at home, surrounded by family on April 26, 2020. Honoring his wishes there will be no services. Lemke Funeral Homes assisted the family with arrangements.

He was born on March 12, 1938 in Pawhuska, Oklahoma, son of Jacob and Mildred (Dunham) Smith.
Bill graduated from Pawhuska High School. Following graduation, he joined the Army, serving his country from June 1957 through June 1960. Bill married young and had 3 children from his first marriage. On November 1, 1965 he married the love of his life, Paula (Lott) Smith - they have 2 daughters. Bill and Paula recently celebrated 54 years of marriage.

Bill was a pipefitter/welder and was able to travel the United States working in many industries. He loved to drive around and learn about different areas and the wildlife. He was an avid hunter and fisherman (often telling stories we’re still not sure are true). He had a great sense of humor and will be missed by friends and family.

In addition to his parents, Bill is predeceased by sisters Carolyn Robbins and Lucille Smith; brothers, Kenneth Smith and Donald Smith; and daughter Cherie Smith Moore.

Bill did not want a big “to-do” when he passed so he will be cremated according to his wishes. The family suggests memorials be made to the Dementia Society of America.
Read Less

To plant a memorial tree in honor of William A. "Bill" Smith, please visit our Heartfelt Sympathies Store.

There are no events scheduled. You can still show your support by sending flowers directly to the family, or planting a memorial tree in memory of William A. "Bill" Smith.
Plant a Tree

Plant a Tree in Memory of William
Plant a tree 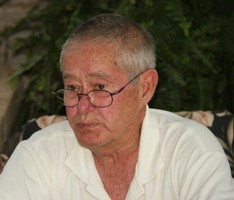