To share your memory on the wall of Virginia Umble, sign in using one of the following options:

Provide comfort for the family of Virginia Umble with a meaningful gesture of sympathy.

Marrying into the military life, Virginia and family were constantly on the move following Roger around the US during his military career of 22 years. Roger and Virginia moved often during his military career, which include holding residence in San Diego, California, Bellevue, Illinois, Gulfport, Mississippi, Norfolk, Virginia, and Clinton, Iowa (where Roger was the Navy recruiter in the mid 1960’s). After retiring from the military life, they settled back down in Clinton, Iowa.

Virginia was a stay at home mom managing the household and raising their three children.

Virginia was preceded in death by her parents and husband (Roger).

A graveside service will be held in the spring of 2019 at the Rock Island National Cemetery where she will be laid to rest next to her husband. Lemke Funeral Homes assisted the family with arrangements.
Read Less

Receive notifications about information and event scheduling for Virginia

There are no events scheduled. You can still show your support by sending flowers directly to the family, or planting a memorial tree in memory of Virginia Mary Umble (Baladenski).
Plant a Tree

We encourage you to share your most beloved memories of Virginia here, so that the family and other loved ones can always see it. You can upload cherished photographs, or share your favorite stories, and can even comment on those shared by others.

Posted Dec 19, 2018 at 09:50am
Our sympathy to Roger, Butch, Gary and families in the loss of your mother and grandmother. May God comfort you through your days ahead. Joe and Connine
Comment Share
Share via: 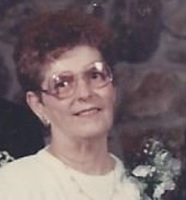