To share your memory on the wall of Steven Cooper, sign in using one of the following options:

Steve was born August 18, 1956 in Clinton, Iowa the son of Edward and Shirley (Murphy) Cooper. At age 18 Steve enlisted in the U.S. Navy and was assigned to the United States Naval Construction Battalions – Seabee.

Steve was united in marriage to Julie Haferbier on September 25, 1976 in Preston, Iowa.

Steve was a Carpenter by trade and for many years worked with his Dad at Cooper Construction, as well as, other Contractors in the local area.

Even in death Steve will touch others in need as he was a contributor to the Iowa Donor Network.

Steve loved music, working crossword puzzles and being outdoors, especially hiking. He loved going with his dad snowmobiling in Wisconsin. He was an excellent cook and loved barbequing. He also enjoyed finding new places to go out to eat. He took great pride in taking care of his car and lawn mower. Above all, he loved his family very mush and will be sadly missed.

Steve is survived by his wife – Julie of Clinton; two daughters – Angela “Angie” (Bob Fore) Cooper of Clinton and Jessica (Brian) Melvin of LeClaire, IA; his father – Ed Cooper of Camanche and one sister – Debra (Bill) Taplin of Clinton.

Preceding Steve in death were his mother – Shirley Cooper.

Receive notifications about information and event scheduling for Steven

There are no events scheduled. You can still show your support by sending flowers directly to the family, or planting a memorial tree in memory of Steven Edward "Steve" Cooper.
Plant a Tree

We encourage you to share your most beloved memories of Steven here, so that the family and other loved ones can always see it. You can upload cherished photographs, or share your favorite stories, and can even comment on those shared by others.

Posted Jul 04, 2020 at 10:41am
Steve was my uncle and a great carpenter. He and his dad built a beautiful edition to my house. He was always very nice and easy going and I am sad that he is gone. - Chris Mewhirter
Comment Share
Share via: 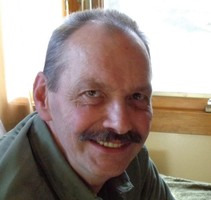