To share your memory on the wall of Raymond Bigwood, sign in using one of the following options:

Ray was born August 5, 1930 in Solon, Iowa the son of William and Anna (Foote) Bigwood.

He served honorably in the U.S. Navy for four years. He married Joanne Melchert in August 1955. They later divorced but would re-marry later in life. Joanne preceded him in death in 2011.

Ray retired after 45 years, working as a printer, at the Chicago Park District, Chicago, Illinois.

Ray is survived by one brother – John of AL, with several nieces and nephews.

Preceding Ray in death were his parents - William and Anna Bigwood, wife – Joanne, two brothers and one sister.
Read Less

Receive notifications about information and event scheduling for Raymond

There are no events scheduled. You can still show your support by sending flowers directly to the family, or planting a memorial tree in memory of Raymond "Ray" Bigwood.
Plant a Tree

We encourage you to share your most beloved memories of Raymond here, so that the family and other loved ones can always see it. You can upload cherished photographs, or share your favorite stories, and can even comment on those shared by others. 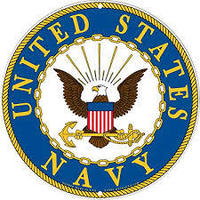