To share your memory on the wall of Larry Petersen, sign in using one of the following options:

Larry was born August 21, 1943 in Clinton, Iowa the son of Elmer and Arline (Dierks) Petersen. He was a 1961 graduate of Elvira High School. Larry served his country in the U.S. Army, a veteran of the Vietnam War - stationed at Fort Knox, Kentucky.

Larry was united in marriage to Jeanora Sobers on December 10, 1983 in Clinton, Iowa.

Larry loved socializing with family and friends, were he often applied his dry sense of humor, which resulted in friends not knowing if he was joking or not – mostly joking. Larry grew up on a farm which honed his ability to build and fix pretty much anything. That skill led him to becoming a proficient carpenter. However, his skill set was not left at work, Larry would always make himself available to family or friends who were in need of something fixed, repaired or built – he was their “go-to guy” for help. When not helping others, he enjoyed working on projects in his basement, going to truck and tractor pulls, traveling to Las Vegas with his wife or just tending to his yard and flower garden.

Larry is survived by his wife Jeanora of Clinton; two brothers Dave (Diane) Petersen of Goose Lake and Loren (Karen) Petersen of Elvira; one sister – Bonnie Dahl of Grinnell, Iowa; with several nieces, nephews, cousins and many friends.

He was preceded in death by his parents, one brother in-law Greg Dahl and one sister in-law – Donna Burn.

Memorials made can be directed to The Clinton Humane Society.
Read Less

To plant a memorial tree in honor of Larry Petersen, please visit our Heartfelt Sympathies Store.

Receive notifications about information and event scheduling for Larry

There are no events scheduled. You can still show your support by sending flowers directly to the family, or planting a memorial tree in memory of Larry Petersen.
Plant a Tree

We encourage you to share your most beloved memories of Larry here, so that the family and other loved ones can always see it. You can upload cherished photographs, or share your favorite stories, and can even comment on those shared by others.

Posted May 26, 2021 at 11:01am
We wish to send our condolences to Larrys family. We fondly remember many good times knowing Larry thru the years. Always friendly and honest earning respect from friendships. A great guy gone to soon. Sincerely Jim and Jean Luett
Comment Share
Share via:
NE 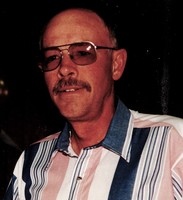