To share your memory on the wall of James Clary, Sr., sign in using one of the following options:

Provide comfort for the family by sending flowers or planting a tree in memory of James Clary, Sr.

Provide comfort for the family by sending flowers or planting a tree in memory of James Clary, Sr.

Jim was born August 17, 1932 in Welton, Iowa the son of Kenneth and Mary Carmella (Spain) Clary. He served in the U.S. Air Force, as a Flight Tech, and was a veteran of the Korean War.

Jim was a Union Carpenter for 40 years and also owned and operated Clary’s Collectibles and “The Poltergeist Pub” in Clinton.

Jim loved being outdoors, especially fishing, which he did year round on the Mississippi River. He also loved having fish fry’s and socializing with family and friends. He enjoyed dancing with his wife and playing both bingo and card games. At Church he loved singing the praises of Jesus during services. Above all, he loved his family very much and will be greatly missed.

He was preceded in death by his parents, his wife – Peggy and two brothers – Bob and Paul.

To send flowers to the family or plant a tree in memory of James Charles "Jim" Clary, Sr., please visit our Heartfelt Sympathies Store.

Mark and Susan Hutson and Jim and Karen Clary cousins in AZ sent flowers to the family of James Charles "Jim" Clary, Sr.
Show you care by sending flowers

Posted Dec 19, 2020 at 11:43am
Jim Clary was a great guy, happy and friendly. His carpentry skills were top-notch. We all appreciated Jim's devotion to family. Rest In Peace.

Posted Dec 15, 2020 at 12:02pm
Some of my best memories of time spent in Clinton are when we were enjoying nature with Uncle Jim. He would take us fishing on the river, driving through the countryside, and host backyard barbecues at the big, beautiful white house I so fondly remember from my childhood. I always felt so welcomed there. Uncle Jim's ability to make everyone laugh, even when he wasn't really trying, is indicative of his sweet and loving spirit. His love and humor were a precious gift to me. Much love to Jimmy, Chrissy, and Lisa.
Your cousin, Beth (Clary) Roberts
Comment Share
Share via:
T

Posted Dec 14, 2020 at 05:46pm
Jim and Mary, Sorry to hear about your Dad, Our thoughts and prayers are with you. Hope all well with you and family, we think of you often. Sincerely Tom & Sandy Goodman
Comment Share
Share via:
MH

Mark and Susan Hutson purchased flowers and planted a memorial tree for the family of James Clary, Sr.. Send Flowers 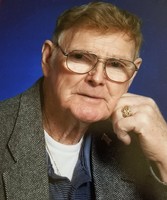