To share your memory on the wall of Arnold Till, sign in using one of the following options:

Named after both of his grandfathers, Arnie was born on March 29, 1950 at the Jackson County Public Hospital in Maquoketa to Merlin and Gwendola (Steines) Till. Being the first born, he accepted the responsibility of “big brother” as he welcomed each of his 13 younger brothers and sisters into the family. He was a good role model of hard work and dependability for his siblings. Having been raised on a farm, he helped milk cows, bale hay, plant corn, and maintain the farm equipment. Arnie graduated from Andrew High School on May 16, 1969 and 2 days later reported to basic training. He and his good friend, Al Thole, both enlisted in the US Air Force the same day. He served as a structural jet mechanic at Udorn Royal Thai Air Base during the Vietnam War.

On November 14, 1981 Arnie married Sharon Dean at the Church of the Visitation in Camanche. They made their home in Camanche. Arnie was a loving, dedicated family man to their three children; Becky, Paula, and Peter. Arnie enjoyed making wooden lawn décor and working on lawn mowers. He never encountered a small engine he couldn’t repair. He had been employed with Caterpillar at Mt. Joy, International Paper in Clinton, Brazeway in DeWitt, Clinton Country Club, and most recently Valley Oaks in Clinton.

He also served on the Camanche Volunteer Fire Department from 1978 to 1989.

Sad to see him go, but happy that he no longer suffers is his wife, Sharon. His three children – Becky (Bill) Haley of Clinton, Paula (Tory) Ketelsen of Bryant, and Peter (Nicole) Till of Clinton. He was admired by 12 grandchildren and 9 great-grandchildren. Arnie is also survived by 7 brothers – Kenny (Karin) of Maquoketa, Cletus (Anna) of Springbrook, Allan (Karen) of Maquoketa, Steve (Lori) of Springbrook, Tom (JoDee) of Dyersville, Jeff of Bellevue, and Rick (Dawn) of Casselberry, FL. And 6 sisters – Barb (Loras) Deppe of Bellevue, Judy (John) Schaefer of Preston, Mary (Kevin) Rupp of Maquoketa, Diane (Gary) DeVilbiss of Ossian, Ruth (Terry) Beek of Bellevue, and Carolyn (Joe) Kilburg of Lisbon. Arnie is also survived by many aunts, uncles, cousins, nieces, and nephews.

He was welcomed into heaven by his parents, grandparents, and a choir of aunts and uncles, including a very special Uncle, Larry Steines, who passed away just six days before Arnie.

Fond memories and condolences for Arnold’s family may be shared at www.lemkefuneralhomes.com, obituary page.
Read Less

To send flowers to the family or plant a tree in memory of Arnold Peter "Arnie" Till, please visit our Heartfelt Sympathies Store.

Receive notifications about information and event scheduling for Arnold

We encourage you to share your most beloved memories of Arnold here, so that the family and other loved ones can always see it. You can upload cherished photographs, or share your favorite stories, and can even comment on those shared by others.

Posted Apr 10, 2020 at 01:10pm
Arnie was a great classmate. We both started kindergarten together and graduated from Andrew High in 1969. in our younger years, we also were mass servers at St. John's church in Andrew. He was very talented and made awesome things out of wood in our shop classes. Most of all, he was a very kind soul and was always there to lend a helping hand. Heaven has truly called another angel. I'm very sadden by Arnie's passing but he's in a better place now and has no more pain and suffering. I was truly blessed to have been a part of his life during the school years. My condolences go out to the entire Till family. Rest in peace My Friend.

Posted Apr 09, 2020 at 04:29pm
I was an Andrew High School classmate of Arnolds..class of 1969. I have not seen Arnold in near 50 years and was so sad to hear this news. Please accept my condolences. Connie (Nemmers) Sommers.
Comment Share
Share via:
NK

Posted Apr 09, 2020 at 02:46am
Uncle Arnie, there were many a Saturday night of watching pro wrasslin’ with you. I was always secretly happy that there was someone else in the family that enjoyed it as well. You and Aunt Sharon raised some real cool kids, too. Love y’all.
Comment Share
Share via:
JH

Posted Apr 08, 2020 at 09:56pm
Tom and JoDee Till and the entire Till family, we are truly sorry to hear of the loss of your brother.
Please accept our condolences and may our prayers help comfort you.
Love JC and Amy Hoyt

Posted Apr 08, 2020 at 05:31pm
I will always love both Uncle Arnie and Aunt Sharon for taking us in when my mom was in the hospital and my dad wasn’t around. I know it was more expense to feed 3 more kids.
Comment Share
Share via: 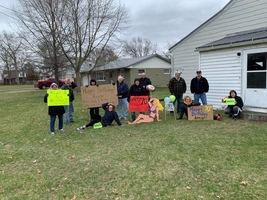 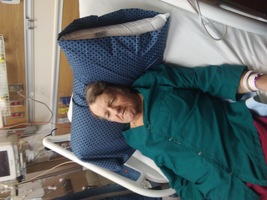 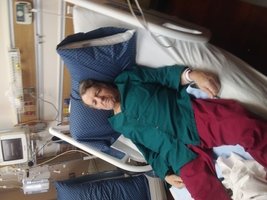