To share your memory on the wall of Alfred Lewis, sign in using one of the following options:

Pete was born on April 23, 1944, son of Alfred Lewis, Sr., and Dorothy Clark. He married Dianne Krebs on September 22, 1965. He began working for Clinton Water Works at a young age, and retired after 34 years of service.

As a drag racing enthusiast, he was well known as ‘Sneaky Pete’ at the track. He was a member of the Clinton Billiards Association, and had developed many friendships during decades of showing off his competitive skills at the tables. He was a Jack-of-all-trades; there was nothing that he and his brother Rich ‘Bro’ couldn’t fix.

Some of the many special things that will be remembered most include his passion for Harley-Davidson motorcycles, sharing Wendy’s Frosty’s with Princess, tinkering with small engines, eagle-watching, relaxing on the swing with family enjoying a Coors Light, popping wheelies with the tractor, and of course, his love for laughter.

Words cannot express the gratitude for all of his caretakers, who were patient and kind throughout this journey. To Jerry Lampe, his brotherly friend who gave selflessly, we are forever thankful for the generous time you enjoyed with our loved one.

Pete’s wish to be cremated will be fulfilled, as well as his desire to have no formal services.

Memorials made to the family can be directed to Lemke Funeral Homes (2610 Manufacturing Drive, Clinton).

"Goodbye for now – when we see you next time, we will laugh again…"
Read Less

Receive notifications about information and event scheduling for Alfred

There are no events scheduled. You can still show your support by sending flowers directly to the family, or planting a memorial tree in memory of Alfred Lorrell "Pete" Lewis Jr..
Plant a Tree

We encourage you to share your most beloved memories of Alfred here, so that the family and other loved ones can always see it. You can upload cherished photographs, or share your favorite stories, and can even comment on those shared by others.

Posted Jan 14, 2021 at 04:58pm
Dianne, Tom and I are very saddened by the news of Pete's passing. Tom has fond memories going back to their younger years. May the peace that comes from the memories of love shared comfort you now and in the days ahead. Our hearts are filled with sorrow.

Posted Jan 14, 2021 at 11:29am
I knew Pete and Dianne sense Junior High and High School. Also remember Pete from Marcuccis driving up on his motorcycle. Dianne and family you have our sincere condolences. Al and Pat Robinson
Comment Share
Share via:
C

Posted Jan 14, 2021 at 10:10am
So sorry to hear about Pete, I've known Pete and Dianne since I was a teenager. Use to work with Dianne at Burpee seed company they were the nicest people I think I have ever met.
RIP Pete, you will be deeply missed
Comment Share
Share via:
JB

Posted Jan 13, 2021 at 10:51am
Diane, I remember Pete as a very good friend since 1965 when we rode many miles together, went fishing and swimming to Beaver Island. We were sorry to hear about Pete. You and Jerry are in our thoughts and prayers.
Jim and Pat Burggraaf
Comment Share
Share via: 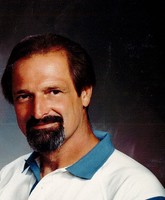