To share your memory on the wall of William Spencer, sign in using one of the following options:

William was united in marriage to Phyllis Rininger on July 16, 1954 in Braceville, Ohio. William was a Plant Superintendent for Carlon, Inc. William ended his career working as a Custodian for Clinton High School.

While in Ohio, he was a member of the Moose Lodge. Bill enjoyed golfing, wood carving and oil painting. He was an avid fan of John Wayne movies. Above all, he loved his family very much and will be greatly missed.

Preceding William in death were his parents, two granddaughters – Stephanie and Sarah and one brother – George.

In lieu of flowers, the family requests memorial donations be made in Bill’s name to the Alzheimer’s Disease Research Center at the Mayo Clinic, Department of Development, 200 First Street SW, Rochester, MN. 55905.
Read Less

To plant a memorial tree in honor of William A. "Bill" Spencer, please visit our Heartfelt Sympathies Store.

There are no events scheduled. You can still show your support by sending flowers directly to the family, or planting a memorial tree in memory of William A. "Bill" Spencer.
Plant a Tree

Posted Feb 15, 2019 at 10:13am
You are all in our thoughts and prayers Love Brucey ,Sandy,Ally, Nikole,Kasey, And Aunt Janet

Flowers were purchased for the family of William Spencer.

Posted Feb 14, 2019 at 09:29am
You are in our thoughts and prayers. With deepest sympathy, Pam Fischer and Matthew Fischer

Flowers were purchased for the family of William Spencer.

Posted Feb 13, 2019 at 04:39pm
We want to know how sorry we are. We all care about you, and we'll be keeping you all in our thoughts and prayers.
Carole Mullet Baker and Family
Winter Park, Florida
Comment Share
Share via: 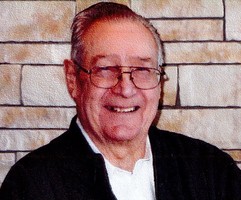