To share your memory on the wall of William Otten, sign in using one of the following options:

Bill was born July 27, 1957 in Clinton, Iowa the son of Robert and Madelene (Welch) Otten. He was a graduate of Clinton High School.

Bill worked at Burger King and previously worked at the Wild Rose Casino and the Hampton Inn, were he was head of housekeeping.

Bill was an incredibly gifted artist: he was an accomplished piano player, often playing at the casino or other family or social venues, he was an artist – drawing scenes he discovered all over town, as well as, being a proficient calligrapher and finally, he was well known local photographer. Photography was his true passion that he acquired this skill and art form at a young age. Several of his pictures are on display at the Casino and on the Clinton “Old Town Photo’s” website. Bill was a very social person who always enjoyed conversation with people. He was also a very loving person who will be sadly missed by friends and family.

Bills is survived by his siblings – Barbara Cotes of Hohenwald TN, Robert “Bob” (Janet) Otten of Silverdale, WA and Jeannie (Dan) Norem Sr. of Clinton, IA; several nieces and nephews and special nephews – Danny Norem Jr. and John Norem both of Clinton, cousins and many friends and special friend Matt.

Preceding Bill in death are his grandparents, parents, brother – Kenny Otten and several nieces and nephews.

To send flowers to the family or plant a tree in memory of William Eugene "Bill" Otten, please visit our Heartfelt Sympathies Store.

Posted Apr 30, 2020 at 04:33pm
I remember when bill took my grad pictures,I also worked on the bell with him as a deckhand and then at the wild rose . We always had laugh an some fun but he was always serious when it came to work. He always help me when I had a problem or couldn’t figure something out he will truly be missed.
Comment Share
Share via:
LL

Posted Apr 30, 2020 at 06:07am
I met Bill while I was helping work on the old St Irenaeus building. He was a great guy who loved history like I do. He shared a couple cd's of Clinton pictures with me he took and he was a joy to be around. I lost touch with him him years ago and tried messaging him on Facebook, but didn't hear back. I often wondered if he was still in the area. Everyone who had the opportunity to meet him definitely was lucky! I am so sorry for your loss, he will be missed.
Comment Share
Share via:
GW

Posted Apr 29, 2020 at 11:31pm
Bill was such an amazing person. I enjoyed the time I had with him at the casino. You will be missed
Comment Share
Share via: 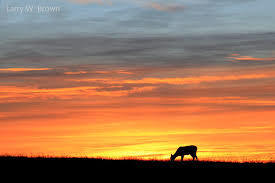 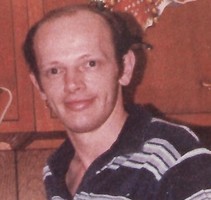 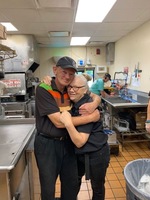 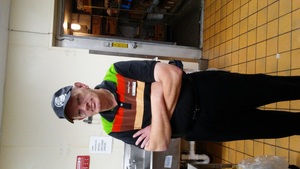