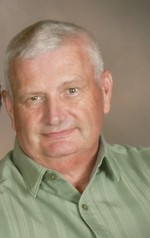 Troy Skinner, 63, of Grand Mound, Iowa passed away at Genesis Medical Center, DeWitt, on Tuesday, May 7, 2019. Funeral services will take place at 11 am on Saturday, May 11, at Lemke Funeral Homes – South Chapel (2610 Manufacturing Dr.). A visitation will occur 2 hours prior from 9 am until the service hour at the funeral home. Burial takes place at St. Joseph’s Cemetery, Preston. Lemke Funeral Homes assisted the family with arrangements.

Troy was born September 15, 1955 in Benton, Kentucky the son of Dewey and Jincy (Heflin) Skinner. He was a 1973 graduate of Livingston County High School. Immediately following high school, he enlisted in the United States Marines Corps, serving 4 years, a veteran of the Vietnam War.

Troy was united in marriage to Diane Reistroffer on November 30, 1974 in Triangle, Virginia.

In 1983, Troy started working, part-time, for the Aurora Casket Company, in DeWitt, following his previous employment at the Caterpillar Plant in Mount Joy, which subsequently closed. In March 1985, he became the Aurora, DeWitt Facility, Warehouse Manager – a position he still held with Matthews/Aurora upon his death.

Troy was a dedicated member of the Elmer H. Brown Legion Post in Spragueville, Iowa.

Troy loved the outdoors, especially camping and fishing. He also enjoyed playing cards. Above all, he loved his entire family very much and will be sadly missed.

Preceding Troy in death were his parents.

Troy was honored to be an Iowa Organ Donor.

Fond memories and condolences for Troy’s family may be shared at www.lemkefuneralhomes.com, obituary page.