To share your memory on the wall of Shirley Greenslade, sign in using one of the following options:

Shirley was born on September 1, 1924 on a farm in Spencer, Iowa the daughter of Elmer R. and Anges Viola (Ferris) Harris. She attended a country school and graduated from Spencer High School. Shirley then enlisted in Navy Waves (Women’s Reserves) in December of 1945. While in the Navy, Shirley went to New York for training and lived in Washington D.C. as well. She was honorably discharged in 1947.

Shirley was united in marriage to Elmer R. Greenslade on August 9, 1947 in Jackson, Minnesota. They had two daughters, Connie and Lynn. Elmer and Shirley moved to Clinton in 1952. Elmer passed away in 2010.

Shirley was a homemaker. She was an active member at Lyons Methodist Church. She was also a part of the WMW and taught Sunday School.

Shirley is survived by her son in-law – Gary Delaska of Cordova, IL; grandchildren – Daka, Patty, Carson, and Mya all of Port Byron, IL and Triston, Amanda, Landon, and Jade all of Cordova, IL; special niece – Darla Bender and Nephew – Dane Greenslade of Clinton; and other nieces and nephews – Jerry, Gary, and Pat of Cresco, IA; and one sister – Thelma Smith of Florida.

Preceding Shirley is death are her husband, her two daughters – Connie Andrews and Lynn Delaska and two brothers – Lloyd and Dale.

Fond memories and condolences for Shirley’s family may be shared at www.lemkefuneralhomes.com, obituary page.
Read Less

To plant a memorial tree in honor of Shirley A. Greenslade, please visit our Heartfelt Sympathies Store.

Receive notifications about information and event scheduling for Shirley

There are no events scheduled. You can still show your support by sending flowers directly to the family, or planting a memorial tree in memory of Shirley A. Greenslade.
Plant a Tree

We encourage you to share your most beloved memories of Shirley here, so that the family and other loved ones can always see it. You can upload cherished photographs, or share your favorite stories, and can even comment on those shared by others.

Posted Dec 08, 2020 at 08:32am
So sorry to hear of Shirley's passing. We went to church with her and Elmer at Lyons Methodist church. They were both very, very, special people to know. We loved them! They were so good to our kids and they loved them too. I enjoyed many special visits with Shirley at church, her home, and at the Alverno. I moved a few years ago so couldn't see her as much. I remember the last time I visited, She said to me, Where have you been! Lovely person! She loved to talk about all her grandkids and great grandkids and tell me what they were doing. So sorry for the loss of such a special family member. Hope you are all doing well. Carla
Keith and Carla Hilgenberg Jamaica, Iowa
Comment Share
Share via:
KY

Posted Nov 17, 2020 at 09:42am
Shirley and Elmer were very active members of our church. They served as our custodians for many years. Shirley was one of my moms favorite people. She was a very nice lady. I know how much she appreciated you, Gary and how much she loved her grandkids. She will be missed. Karen Young
Comment Share
Share via:
NC

Posted Nov 12, 2020 at 02:04pm
So sorry to read of Shirley's passing. I always enjoyed visiting with her when I went to see Connie. My sympathy to the family.
Comment Share
Share via: 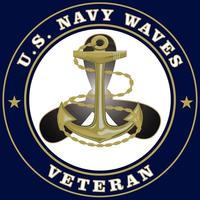