To share your memory on the wall of Shirley Cooper, sign in using one of the following options:

Shirley is survived by her husband Ed and fur-baby – “Bella”; two children – Steven E. (Julie) Cooper and Debra (Bill) Taplin both of Clinton; four grandchildren; one brother - Gary (Karen) Murphy of Camanche; one sister – Judith Murphy of Clinton; one sister in-law Betsy Zerrien of Fulton; with many nieces, nephews, cousins and friends.

She was preceded in death by her parents, her brother and sister in-law – Donald (Arleta) Murphy.

Shirley will forever be in the hearts of everyone she touched.
Read Less

Receive notifications about information and event scheduling for Shirley

There are no events scheduled. You can still show your support by sending flowers directly to the family, or planting a memorial tree in memory of Shirley Jean Cooper (Murphy).
Plant a Tree

We encourage you to share your most beloved memories of Shirley here, so that the family and other loved ones can always see it. You can upload cherished photographs, or share your favorite stories, and can even comment on those shared by others.

Posted Jan 24, 2020 at 03:31pm
Having worked and shared laughs with Shirley over the years...my sincere condolences to her family. She was definitely a special lady.
Comment Share
Share via:
DT

Posted Jan 23, 2020 at 05:54pm
We are so sorry to hear about Shirley's passing. She will be missed.. Please give your dad our condolences Deb... Love, Gary and Belinda
Comment Share
Share via:
D

Thank you so much Belinda and Gary. 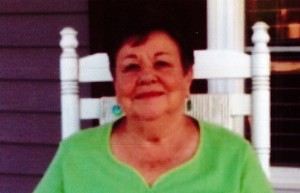