Obituary for Sarah May Peahl 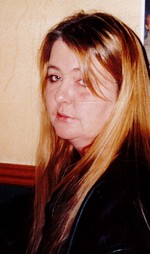 Sarah May Peahl, 59, of Delmar, Iowa passed away at the DeWitt Genesis Hospital on Friday, August 30, 2019. Honoring her wishes, cremation rites have been accorded. Funeral services will take place at 12 pm on Saturday, September 14, at Lemke Funeral Homes – South Chapel (2610 Manufacturing Dr.). A visitation will occur 2-hours prior from 10 am until the service hour at the funeral home. Burial takes place at a later date. Lemke Funeral Homes assisted the family with arrangements.

Sarah was born September 6, 1959 in Watertown, South Dakota the daughter of Emil and Joyce (Oleson) Bulkiel. She was united in marriage to Henry “Hank” Peahl on September 6,1996 in Clinton, Iowa.

For many years Sarah was an Assistant Manager at Burger King, she was also a Security Officer at ADM, she helped managed several bars in town and finally retired as a cook at the Moose Club.

Sarah fought a very hard and courageous fight with Muscular Dystrophy that stricken her several years prior.

Sarah loved the outdoors, especially fishing and camping. She enjoyed playing Darts in the varies leagues, was an awesome poker player and enjoyed playing Bingo. She was a very talented cook – especially making her family’s favorite, Enchilada’s - which were the bomb. She loved her fur babies - cat Rambo and dog Lucky. She was a very trusting woman who was always willing to help those in need. Above all, she loved her family very much and will be greatly missed.

Preceding Sarah in death were her parents and one brother Duane.