To share your memory on the wall of Richard Lehne, sign in using one of the following options:

Richard was born June 27, 1948 in Clinton, Iowa the son of Wilbur and Mabel (Rosnow) Lehne.
He was a 1966 graduate of Clinton High School, he would continue his education at Clinton Community College, receiving an Associates of Arts Degree.

He was united in marriage to Gayle Hertensen, however, they would later divorce.

Dick worked at Muffy’s Men’s Shop and after 20 years there he purchased the business and operated it for another 10 years. He concluded his career at Hy-Vee.

Dick was a member of the Lyons Business and Professionals Association and he organized and lead the Lyon’s Farmers market for 10 years.

Dick enjoyed golfing and league bowling. He also enjoyed watching the Cubs, Iowa Hawkeye’s and the local sports – Lumber Kings and Clinton High sports. He also enjoyed baking and playing cards. He also loved taking long walks - all over town. Above all, he loved his family very much, especially his grandchildren.

Dick is survived by his children – Chris Lehne of LeClaire, IA and Courtney (Kevin) Vogt of Reno, NV; three grandchildren – Morgan, Brooke and Gavin; one sister – Karen (Joe) Gifford of Clinton and one brother – Ron (Cindy) Lehne of Clinton; with several nieces, nephews, cousins and friends.

He was preceded in death by his parents.

To send flowers to the family or plant a tree in memory of Richard William "Dick" Lehne, please visit our Heartfelt Sympathies Store.

Wagner Logistics, The Wozniaks, and other have sent flowers to the family of Richard William "Dick" Lehne.
Show you care by sending flowers

Posted Nov 25, 2019 at 08:40am
Please accept our most heartfelt sympathies for your loss... Our thoughts are with you and your family during this difficult time.

The Wozniaks purchased flowers for the family of Richard Lehne. Send Flowers

Posted Nov 23, 2019 at 10:35pm
My Uncle helped shaped me as a person. He stayed with my family for several years during my middle and high school years and gave me almost a third parent to look up from and learn from. I loved playing cards, watching sporting events and "chasing sirens" all over Clinton with Dick. I'm so thankful I hace always been close with his kids (Chris and Courtney). Uncle.... you'll be missed tremendously! Go hawks! 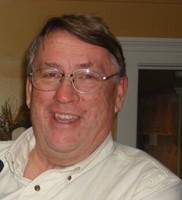