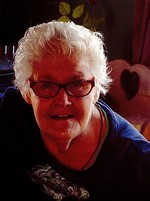 Rebecca “Becky” J. Wainwright, 72, of Clinton, Iowa, passed away at MercyOne Medical Center on Saturday, January 25, 2020. Honoring her wishes, cremation rites will be accorded with a Memorial service taking place at 12 pm on Saturday, February 1, at Lemke Funeral Homes – South Chapel. A visitation occurs one-hour prior from 11 am until the service hour at the funeral home. Burial will take place at a later date at Clinton Lawn Cemetery. Lemke Funeral Homes assisted the family with arrangements.

Becky was born January 14, 1948 in Clinton, Iowa the daughter of S.K. and Virginia (Vickerstaff) Wainwright. She was a 1966 graduate of Clinton High School. Following High School, she acquired a Nursing Certificate from Clinton Community College.

She was a member of the Immanuel Lutheran Church in Clinton where she served for several years on the Church council and as President of the Woman’s Organization.

She was preceded in death by her parents and brother – Kirk Wainwright.

Memorials made can be directed to the Immanuel Lutheran Church in Clinton.