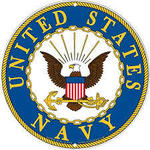 Raymond “Ray” Bigwood, 87, of Clinton, Iowa passed away at the Alverno on Friday, August 2, 2019. Honoring his wishes, cremation rites will be accorded with no services taking place. Lemke Funeral Homes assisted the family with arrangements.

Ray was born August 5, 1930 in Solon, Iowa the son of William and Anna (Foote) Bigwood.

He served honorably in the U.S. Navy for four years. He married Joanne Melchert in August 1955. They later divorced but would re-marry later in life. Joanne preceded him in death in 2011.

Ray retired after 45 years, working as a printer, at the Chicago Park District, Chicago, Illinois.

Ray is survived by one brother – John of AL, with several nieces and nephews.

Preceding Ray in death were his parents - William and Anna Bigwood, wife – Joanne, two brothers and one sister.