To share your memory on the wall of Paul Hoffmann, sign in using one of the following options:

After attending Columbia College in Dubuque, Iowa, Paul graduated from the University of Iowa in 1940. He worked as an agent for the Internal Revenue Service for 39 years. During his service for the government he received the Albert Gallatin Award for Public Service and the 1958 Clinton Civil Servant of the Year award. After retiring from the IRS, he continued to work as a business and tax consultant and Enrolled IRS Agent for another 23 years.

Paul was civically active as a member and vice chairman of SCORE; member and Commander of AMVETS; he was a member of the YMCA finance committee, American Legion, Lions Club, Elks Club and a driver for Mobile Meals. He was active in Boy Scouts of America serving on the Mesquakie District Board; National Catholic Committee for Scouting; National Catholic Committee for Religious Awards; Illowa Council Executive; Chairman of Area III East Central Region Catholic Boy Scouts; National Advisory Committee on Scouting in the Episcopal Church; and chairman of the Mesquakie District Religious Awards Committee. During his years with the Scouts he received the Silver Beaver; District Award of Merit; District Amelioration Award; St. George Award for the Catholic Church; St. George Award for the Episcopal Church, District Scouter’s Key and District We Are One Award.

Paul served in the U.S. Army during WWII as a Tech Sergeant in the Quartermaster and for the Iowa National Guard as 1st Lieutenant in the 133rd Infantry Division Headquarters.

Paul was an active member of Sacred Heart Church, now Prince of Peace Parish, serving on the parish council for 20 years; parish trustee for 18 years; president of the Home & School Association; committees to purchase land and build Sacred Heart School; Usher and Eucharistic Minister. He was a member of the formation committee for Mater Dei High School, now Prince of Peace High School, and served as vice chairman of the Board of Education. Paul was also active with the Davenport Diocese serving as member of the Pastoral Council; Lay Council; and the Finance Committee. He was chairman of the Clinton Deanery Catholic Boy Scouts; member of the Diocesan Committee on Scouting and served on the board of directors of the Christian Family Movement.

He was preceded in death by his wife, Katherine and two brothers, Albert and John.

Memorials may be made to IlIowa Council – Boy Scouts of America or Sisters of St Francis, Clinton, IA.
Read Less

To send flowers to the family or plant a tree in memory of Paul Hoffmann, please visit our Heartfelt Sympathies Store.

We encourage you to share your most beloved memories of Paul here, so that the family and other loved ones can always see it. You can upload cherished photographs, or share your favorite stories, and can even comment on those shared by others.

Lisa Gerardi and Todd have sent flowers to the family of Paul Hoffmann.
Show you care by sending flowers

Posted May 01, 2019 at 01:41pm
We are thinking of you and your family during this difficult time. Your friends at Gerardi Wealth Management, LLC Lisa and Dede 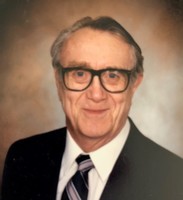