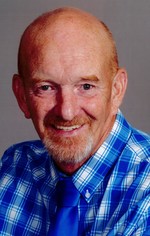 Patrick “Pat” Michael Webb, 62, of Clinton, Iowa passed away at the University of Iowa Hospitals on Tuesday, October 29, 2019. Honoring his wishes, cremation rites have been accorded with a celebration of his life service taking place at 2 pm on Saturday, November 2, at Lemke Funeral Homes – South Chapel (2610 Manufacturing Drive). A visitation will occur 1-hour prior from 1 pm until the service hour at the Funeral Home. Burial will take place at a later date. Lemke Funeral Homes assisted the family with arrangements.

Pat worked as a journeyman Plumber throughout his life.