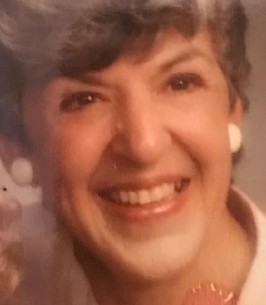 Nannette "Nan" Lea Kofahl, 84, of Clinton, Iowa passed away at MercyOne Medical Center on Saturday, April 30, 2022. Honoring her wishes, cremation rites have been accorded with a Graveside Service taking place at 11 am at Clinton Lawn Cemetery on Friday, May 27, 2022. Lemke Funeral Homes assisted the family with arrangements.

Nannette was born November 12, 1937 in Clinton, Iowa the daughter of Lester and Nellie (Lilly) Frahm. She was a graduate of Clinton High School.

Nannette was married to Leslie Kofahl in 1969, they would later divorce.

Following High School, Nannette joined Trans World Airlines “TWA” as a certified Stewardess – based out of California. She concluded her career with TWA after 5 years to raise her family. Nan was also a skilled seamstress, working for Bridal Stores in Clinton and the surrounding area. She also owned and operated “Precious Little Seconds” on North Second Street.

Nan loved doing crafts and loved decorating throughout the four seasons. She made and marketed her own brand of Dolls. Additionally, she made stuffed animals and would take them to sick children in the local hospitals. Above all, she loved her family very much, especially her grandchildren, and will be incredibly missed.

She was preceded in death by her parents and one son – Trent Kofahl.

Memorials made can be directed to the wishes of the family.