To share your memory on the wall of Michael Rettkowski, sign in using one of the following options:

Michael worked as a laborer until leaving that career to care for his grandparents and then his mother Vickie Lee (Delk) Long.

Michael was united in marriage to Marianne Blue on November 3, 2018.

Michael loved music and was a natural born musician and writer. He taught himself how to play musical instruments by reading books and listening to 8-track tapes. He also enjoyed watching baseball and football; his favorite teams he followed intently were the Tampa Bay Rays and the Tampa Bay Buccaneers, the Chicago Cubs and Bears. He was a computer enthusiast and was very proficient at the computer. During his free time, he enjoyed playing video games. Mike was very observant toward people feeling, if you were down, he would sense it and make every attempt to brighten your spirit. Above all, he loved his family very much and will be greatly missed by all those who knew him.

He was preceded in death by his grandparents and mother – Vickie.

To send flowers to the family or plant a tree in memory of Michael Carlos Troy Rettkowski, please visit our Heartfelt Sympathies Store.

Receive notifications about information and event scheduling for Michael

We encourage you to share your most beloved memories of Michael here, so that the family and other loved ones can always see it. You can upload cherished photographs, or share your favorite stories, and can even comment on those shared by others.

Posted Sep 09, 2020 at 02:19pm
We will always remember Mike's companionship and the fun we had in sharing the gift of music. Mike will be greatly missed. With deepest sympathy,

Flowers were purchased and a memorial tree planted for the family of Michael Rettkowski. Send Flowers

Posted Sep 09, 2020 at 08:59am
There are no words, I am thinking of you and praying God will give you comfort. Mike brought so much joy and happiness to your life. I wish I could be there to hug you tight and cry with you. My heart breaks for you and the family!
Comment Share
Share via: 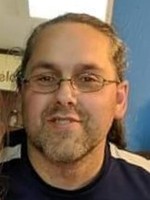