To share your memory on the wall of Merle Stralow, sign in using one of the following options:

Mr. Stralow served in the United States Naval Reserve. He attended First Baptist Church in Alexandria, Tennessee, where he was a choir member. He retired in 1997 from James Simon Cement Contracting, Indio, California.

Honoring his wishes, cremation rites have been accorded with a Memorial service taking place at 11 am on Saturday, November 16, at Lemke Funeral Homes – South Chapel (2610 Manufacturing Drive). A private burial will occur. Lemke Funeral Homes assisted the family with the arrangements in Iowa.
Read Less

To send flowers to the family or plant a tree in memory of Merle Fred Stralow, please visit our Heartfelt Sympathies Store.

Receive notifications about information and event scheduling for Merle

We encourage you to share your most beloved memories of Merle here, so that the family and other loved ones can always see it. You can upload cherished photographs, or share your favorite stories, and can even comment on those shared by others.

Posted Nov 16, 2019 at 08:49pm
So happy we could share the time with you today. Always appreciated the times Merle stopped by here to visit with us when he was home.
Hold on to all those great memories.
Comment Share
Share via:
EH

Posted Nov 16, 2019 at 08:48pm
So happy we could share the time with you today. Always appreciated the times Merle stopped by here to visit with us when he was home.
Hold on to all those great memories.
Comment Share
Share via: 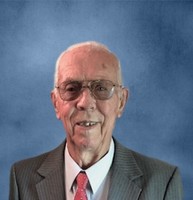