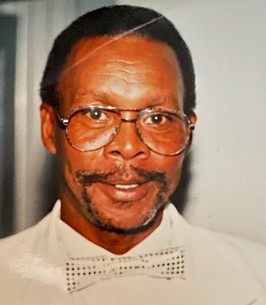 McDaniel Knox, 73, of Clinton, Iowa passed away at the University of Iowa Hospitals on Friday, February 4, 2022. Funeral services occur at 2 pm on Sunday, February 13, at Lemke Funeral Homes – South Chapel. A visitation occurs 2 hours prior, from 12 pm until the service hour at the funeral home. Lemke Funeral Homes assisted the family with arrangements. The family has requested that the service not be livestreamed to the public.

McDaniel was born August 1, 1948 in Smithdale, Mississippi the son of Mail and Mary (Swaington) Knox. Following training from the Mississippi Job Corp., McDaniel would work as an automobile mechanic in Louisiana. After relocating to Clinton, he worked at IBP in Joslin, Illinois for many years.

In 1968, McDaniel was united in marriage to Isabell Joseph – Isabell passed away in 1987. Later he would meet his life partner Cynthia Perkins.

He loved the outdoors, especially fishing, walking and grilling barbeque for family and friends. He also enjoyed passing the time playing Dominos. Above all, he loved his family very much, especially his grandchildren.

He was preceded in death by his parents and wife Isabell.