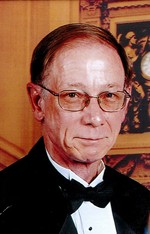 Marvin Edward Brown, 72, of Clinton, Iowa passed away peacefully at the Alverno on Thursday, March 28, 2019. Honoring his wishes cremation rites have been accorded with a memorial service occurring at 11:30 am on Sunday, March 31, at Lemke Funeral Homes – South Chapel (2610 Manufacturing Drive). Lemke Funeral Homes assisted the family with arrangements.

Marvin was born November 2, 1946 in Santa Rosa California, the son of Ralph and Thelma (Meisenhelder) Brown.

Marvin was united in marriage to Kathy Schmidt-Ferguson September 23, 1982 in California.

Following his career in the Navy and returning to civilian life, he was a Jewelry Salesman in Texas and finally own and operated his own land scaping business in Texas.

Marvin loved being outdoors, especially caring for plants, trees and lawns, which made his lawn care business very special to him. Although he never played, he enjoyed watching golf and enjoyed camping with Kathy. He also loved his dog Taco very much. Above all, he loved his family very much and will be sadly missed.

Preceding Marvin in death were his parents, his wife – Kathy, one step-son - Jason Ferguson, one brother - Larry and one sister - Lee.