To share your memory on the wall of Latrice Patterson, sign in using one of the following options:

Latrice was born July 19, 1983 in Fort Polk, Louisiana the daughter of Anthony and Rosa (Hamilton) Wells. Latrice was united in marriage to Ulysses Patterson Sr. November 13, 2001.
Latrice worked as a Home Health Aide and owned and operated “Grace upon Grace” health services - she helped many local residents and homeless until her health got bad.

She was a member of the Greater True Love Missionary Baptist Church.

Latrice loved crafting, babysitting, fishing, she loved everyone’s kids, especially the babies. She was a fantastic baker, a skilled party planner, loved playing Bingo and was a skilled coupon tactician – saving her family $100’s of dollars a year. She was a real people person that was very patient and very kind to everyone. Friends commented that when you think of a great mother you thought of Latrice. She loved her family very much and will incredibly missed.

She is preceded in death by her mother – Rosa Bailey, one sister – Celestine Johnson; grandmother – Ruthie Fairchild; her grandparents in-law – Doris and Robert Black and great-grandmother – Lucille Armour.

Memorials made can be directed to Lemke Funeral Homes to help the family with Funeral expenses.

Fond memories and condolences for Latrice’s family may be shared at www.lemkefuneralhomes.com, obituary page.
Read Less

To send flowers to the family or plant a tree in memory of Latrice Denice Patterson (Wells), please visit our Heartfelt Sympathies Store.

Receive notifications about information and event scheduling for Latrice

We encourage you to share your most beloved memories of Latrice here, so that the family and other loved ones can always see it. You can upload cherished photographs, or share your favorite stories, and can even comment on those shared by others.

Sabrina Smith, Deion Quackenbush(nephew) and Pamela Quackenbush, and other have sent flowers to the family of Latrice Denice Patterson (Wells).
Show you care by sending flowers

Posted Jan 08, 2021 at 02:36pm
Love know no boundaries even those that divide us between Heaven and Earth. Lattrice brought so much joy to our life. Love to all of you.

Deion Quackenbush(nephew) and Pamela Quackenbush purchased flowers and planted a memorial tree for the family of Latrice Patterson. Send Flowers 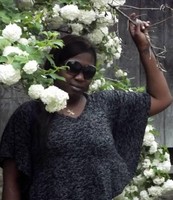