To share your memory on the wall of Kenneth Schrader, sign in using one of the following options:

Kenneth was born April 5, 1938 in Lost Nation, Iowa the son of Carl and Bernadine (Bloom) Schrader. He enlisted for a 3-year term in the U.S. Navy serving aboard the Destroyer U.S.S. Monssen.

Kenneth was united in marriage to Gloria Skoff on February 8, 1961 at St. Mary’s and St. Joseph Catholic Church in Sugar Creek.

Ken worked in the Maintenance Department, as a Leadman, for International Paper for 40+ years.
Ken loved the outdoors, he was an avid hunter, game trapper, trap shooter enthusiast. Additionally, he was an avid golfer, recording two holes in-one in his lifetime. He was also an avid softball player and coached little league baseball, having the joy of coaching his son. Kenneth was an avid St. Louis Cardinals fan, as well as a Chicago Bears and Iowa Hawkeye fan. Above all, he loved his family very much and was his grandchildren’s biggest fan.

He was preceded in death by his parents, two sisters – Phyllis and Margret, three brothers – Robert, James and Paul, sister-in-law – Patsy Schrader.

Receive notifications about information and event scheduling for Kenneth

There are no events scheduled. You can still show your support by sending flowers directly to the family, or planting a memorial tree in memory of Kenneth Paul "Ken" Schrader.
Plant a Tree

We encourage you to share your most beloved memories of Kenneth here, so that the family and other loved ones can always see it. You can upload cherished photographs, or share your favorite stories, and can even comment on those shared by others.

Posted Sep 03, 2020 at 12:31pm
My sympathy to the family. I remember early years of Bloom family gatherings and the handsome navy man and cousin . Later the family reunions and young families. Great memories of a life well lived. I pray good memories will be with the family for many years. May Kenny Rest In Peace

Posted Aug 26, 2020 at 06:54pm
I’m so sorry for your loss..Ken always made us laugh on the night shift..He was always quick with wit and his priceless smile.he had wonderful nicknames for the staff that cared for him reflecting their personality🥰 Ken will be missed ,my thoughts and prayers are with Gloria and his family
Comment Share
Share via: 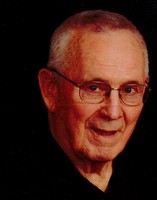 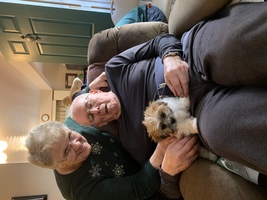 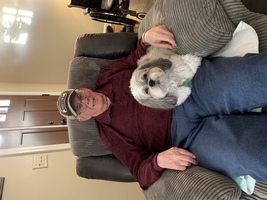 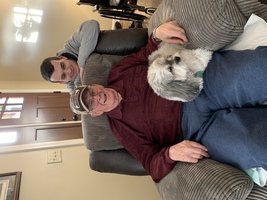