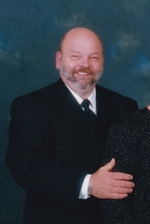 John was born February 27, 1949 in Clinton, Iowa, the son of Earl and Zada (Bowers) Harrington.

During High School, John enlisted in the United States Marine Corp and was a Combat veteran of the Vietnam War. During the Tet Offensive, he acquired 2 Purple Hearts for his courage and valor under enemy fire. He would serve two tours in Vietnam. Even though John’s return from the Vietnam war wasn’t supported by most, John never let that period of time sway his overwhelming devotion and love for his Country – he was a true American patriot.

On August 5, 1976 John was united in marriage to Julie Mangler in Clinton, Iowa.

John was a Machinist, working for several machine shops in the area. He was also a true Mr. Fix-It at home.
John was a true naturalist who loved planet Earth, he was driven to recycle just about everything, helping to keep the planet clean and he also enjoyed feeding the birds and working in his yard. John had a wonderful sense of humor and enjoyed making people laugh. He was an all-American Dad who always put his wife and children first and always cherished the time he spent with his family, whether it was on the Holidays, getting everyone together or taking family trips. He also found time to get out on his Harley taking day trips with his wife. He liked watching education programs and was always fascinated with History. Above all, he loved his wife and family very much and will be greatly missed.

Preceding John in death are his parents and one sister.

Fond memories and condolences for John’s family may be shared at www.lemkefuneralhomes.com, obituary page.