To share your memory on the wall of James Ehredt, sign in using one of the following options:

James was born on May 14, 1942 in Clinton, Iowa the son of Howard and Loretta (Everhart) Ehredt. He was a graduate of Clinton High School. James was united in marriage to Carol (VenHuizen) Ehredt on July 2, 1977 in Clinton – Carol passed away on March 12, 2002.

James worked at International Paper, retiring after 30+ years. He was a Christian and was a member of the River Church. James also was a former member of the Eagles Club.

James enjoyed being by himself, whether it was fishing, golfing, or doing yard work. He also loved his dogs, which he had shared most of his life with.

James is survived by his children – Tammy (Ron) Meyermann of Clinton, Mary (Phillip) Nylan of Sabula and Fredrick (Christine) Reedy of Fulton, Il; grandchildren – Ashley, Cassie, Taylor, Morgan and Chantz; nine great grandchildren with one on the way; one sister – Emily Delaney of DeWitt, IA; with several nieces, nephews, cousins and friends.

Preceding him is death are his parents, his wife Carol, three brothers and two sisters.

Fond memories and condolences for James’ family may be shared at www.lemkefuneralhomes.com, obituary page.
Read Less

There are no events scheduled. You can still show your support by sending flowers directly to the family, or planting a memorial tree in memory of James William Ehredt.
Plant a Tree

Posted Apr 07, 2020 at 09:49am
We are sorry for your loss. Jim had a big heart. You are in our thoughts and prayers. John and Wanda Strunk
Comment Share
Share via: 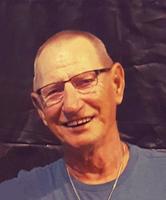