To share your memory on the wall of James David, sign in using one of the following options:

Jim was born on May 7th, 1961 in Clinton, Iowa, the so... Read More
James “Jim” Gerard David of Clinton, Iowa passed away on Thursday, December 17th at the Alverno Health Care Facility. Lemke Funeral Homes assisted the family with arrangements.

Jim was born on May 7th, 1961 in Clinton, Iowa, the son of Daniel and Charlotte David. He graduated from Mount Saint Clare Academy in 1979. He built his career in Eastern Iowa as a car salesman and finance manager for various dealerships.

In 59 years of life, Jim spent his time making friends with everyone who crossed his path and growing a wonderful family. He enjoyed days filled with blues music, Hawkeye sporting events, golfing with friends, a good dirty martini or scotch on the rocks, and of course a “dirty” joke or two. His easily identifiable laugh, unexplainable ability to remember the artist of any song he had ever heard, and undeniable love for his children will live on forever.

Jim is preceded in death by his parents Daniel and Charlotte, sisters - Connie David and Victoria Crider, and his nephew – Chad Bickford.

A celebration of life will be held at a later date. Memorials can be directed to Lemke Funeral Homes in Clinton, Iowa.
Read Less

There are no events scheduled. You can still show your support by sending flowers directly to the family, or planting a memorial tree in memory of James Gerard "Jim" David.
Plant a Tree

Posted Dec 23, 2020 at 05:53pm
I was absolutely blown away when I opened the Observer, today! Jim was a great friend and boss! He was so easy to get along with and he was strong when he had to be but was always willing to hear all sides! I have never laughed so much as I did when around Jim either at work or on our own time! Megan and Matt I know he lived and breathed for the two of you and your older sister. Please remember all he taught you and know how proud he will always be of his children. Rest in peace my friend, I will miss you and your compassion and wit!!!!!!
Arlene (Fluff) Dusenbery

Posted Dec 22, 2020 at 09:25am
Matt - We are so sorry for your loss. Remember the good times with your dad and go make him proud. You have a lot to give, always remember that!! Tom and Jill McNamara
Comment Share
Share via:
JP

Flowers were purchased for the family of James David. 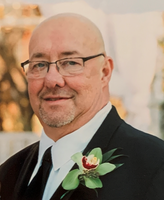