To share your memory on the wall of James Allain, sign in using one of the following options:

He married Marjorie MacKaben in 1957, and they had six children. He married Kay Clark in 1981. Jim was employed E.I. DuPont Co. in Clinton, Iowa, for twenty-four years as a Project & Senior Development Engineer with Clysar. Jim was accomplished in his field of engineering and earned his Professional Engineering license in 1970. In 1982 he transferred to Parkersburg, West Virginia, retiring in 1985. Jim and Kay moved to San Diego, California, where Jim was employed as the Chief Engineer with T-Systems Intl. for eleven years.

Jim’s hobbies included playing golf, home remodeling for family and friends, woodworking, and landscaping. He enjoyed building and built two homes, one in Clinton and one in San Diego. He loved the game of golf and played three times a week, shot even par 72 and claimed two hole-in-ones. Jim and Kay traveled throughout the U.S. and Canada visiting and hiking in National Parks. His favorite trips however, were to visit his children, grandchildren and great-grandchildren. Jim and Kay returned to Clinton after twenty-five years in San Diego to live closer to their families.

Jim was a kind man, quiet, soft-spoken and had an amazing sense of humor. He will always be remembered for being the consummate gentleman.

He was proceeded in death by his parents, infant daughter Mary, sister Marlene, brothers Bud and Jerry, and stepson Mark.

Per Jim’s request, rites of cremation have been performed and a celebration of life will be held at Lemke Funeral Homes with a burial at Clinton Lawn Cemetery at a future date. He has requested memorials be made to the Wounded Warriors Project.
Read Less

There are no events scheduled. You can still show your support by sending flowers directly to the family, or planting a memorial tree in memory of James D. Allain.
Plant a Tree

Plant a Tree in Memory of James
Plant a tree 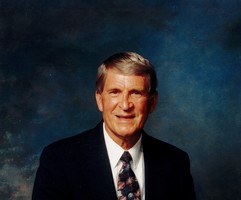