To share your memory on the wall of Harold Whitmer, sign in using one of the following options:

He was born June 6, 1931 the son of Ellery and Margaret (Taggert) Whitmer. He was united in marriage to Hazel G. McGarth – together for 50 years until her Hazel’s passing.

He was a long-time resident, living in the oldest house in Clinton. Due to his declining health, he spent the last year residing at Winning Wheels Nursing Home, Prophetstown, Illinois.

Harold was a veteran of the U.S. Army; stationed at Fort Bliss in Texas, were he was in charge of the military band. The Army then sent him to Washington D.C. to the Navy School of Music and Band. While in the Army, he was an accomplished and skilled boxer.

Harold either started or was part of numerous bands where he sang and played clarinet, however, he was mostly known for playing the Saxophone. He loved music and wrote numerous songs for his bands. He was also an Arthur Murray dance instructor. He was attributed with establishing a US patent in 1975 and also Germany in 1977. Above all, he loved his family very much and will be greatly missed.

He was preceded in death by his parents, wife – Hazel, brother – Ellery and sister – Mary Margaret.

To send flowers to the family or plant a tree in memory of Harold L. Whitmer, please visit our Heartfelt Sympathies Store.

Receive notifications about information and event scheduling for Harold

We encourage you to share your most beloved memories of Harold here, so that the family and other loved ones can always see it. You can upload cherished photographs, or share your favorite stories, and can even comment on those shared by others.

Posted Dec 16, 2020 at 10:36am
My late husband Bruce Smith and I were long time friends of Harold and Hazel. We were actually their sponcers at
marriage ceremony St Marys. He will be missed!
Comment Share
Share via:

hi this is Denyse their granddaughter, I remember you guys from houseboat days, i was real little but i remember they gave us all such a happy childhood. thank you so much
VB

Posted Dec 15, 2020 at 08:45am
Our sympathy to Harold's family. S sorry to hear of his passing. I worked for him at ISSB for a few years. He and Hazel were great people. Kept in touch for several years.
Comment Share
Share via: 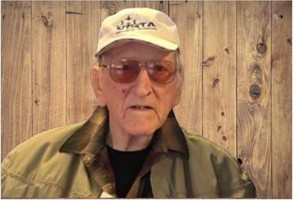