To share your memory on the wall of Gerald Faur, sign in using one of the following options:

Shooter was born on November 10, 1946 in Clinton, Iowa the son of William and Mary (Wolfe) Faur. He was a 1964 graduate of Clinton High School.

Shooter enlisted in the U.S. Army in November of 1965 and arrived in Vietnam in April 1967. He was an Army Medic serving two tours in Vietnam. His incredible service to our Country was highlighted by a letter sent to his mother and father on October 10, 1968 from KCLN radio, Bob Church, in which they provided his parents a news release KCLN received from the U.S. Army Hometown News. In part it reads – “Army Specialist four Gerald L. Faur was awarded the Silver Star Medal in ceremonies near Long Binh, September 10. Serving as a Medic on a Medical Evacuation Helicopter, his ship answered an urgent request from a surrounded infantry platoon which had sustained numerous causalities. After landing amidst heavy enemy fire, he assisted in loading the patients aboard – his ship made a total of five trips into the beleaguered platoon’s position. On the last trip, Gerald Faur unhesitatingly volunteered and ran across a large open area under a torrent of fire in order to help retrieve the last two causalities.” Specialist Gerald Faur, a medic in the 45th Medical Company near Long Binh would go on to acquire six awards of the “Air Medal”.

Shooter began his career as a Millwright in 1970, retiring in 2005. He worked the bulk of his career with Millwright Local Union 2158.

Shooter enjoyed and participated in several pool leagues and was a very proficient pool player – thus acquiring the nickname “Shooter”. He also enjoyed playing in bowling leagues and was a very skilled bowler. Shooter was at-home in the outdoors with the happiness, reflection and peace it gave him. He enjoyed hunting and fishing with his father. This love of the outdoors continued in the 1970’s as he began taking canoe trips with his friends and continued those trips all of his life, only his failing health could prevent him from being outdoors. Animals were also very special to Shooter and he loved the many dogs he had all of his life; he was a very skilled dog trainer, guiding his dogs in German and with hand signals. He loved watching Hockey and was an avid Chicago Black Hawks fan, naming most of his dogs after their players. Above all, he loved his entire family very much and will be sadly missed.

Gerald is survived by his children – Jason (Stacey) Faur, Sarah (Adam) Pope, Brian (Jessica) Soesbe, Lucas (Tori Heiken) Faur all of Clinton, Ashley (Cory) Miensma of Albany; 18 grandchildren with one on the way; 3 great-grandchildren; two sisters – Evelynn (Greg) Weis and Cathy (Richard) James both of Clinton; with many nieces, nephews, cousins and many friends.

He was preceded in death by his parents and two sisters - Betty (Faur) Andresen and Mary Ellen (Faur) Hall.

To send flowers to the family or plant a tree in memory of Gerald Lee "Shooter" Faur, please visit our Heartfelt Sympathies Store.

Receive notifications about information and event scheduling for Gerald

We encourage you to share your most beloved memories of Gerald here, so that the family and other loved ones can always see it. You can upload cherished photographs, or share your favorite stories, and can even comment on those shared by others.

Posted Jul 10, 2020 at 11:26am
As a fellow Millwright and good friend I want to extend my deepest condolences the the family of Shooter. He was a good man and a very talented asset to his trade. He will be missed.
Comment Share
Share via:
RH

Posted Mar 27, 2020 at 10:04am
We also will fondly remember Shooter from Bickford. Each visit to our family member, we would be greeted by Shooter either in the dining area or lounge. Always a friendly wave and a flash of that great smile. Our sympathies to his family....what a guy!

Posted Mar 23, 2020 at 03:52pm
I enjoyed chatting with Shooter when I visited my mother at Bickford Cottage. I never really knew his story,but his out sized personality and sense of humor certainly spoke for itself. He was a good man. My condolences to his family and loved ones. Brian Mumm.
Comment Share
Share via:
ER

Posted Mar 21, 2020 at 11:28pm
With heavy hearts its saddens all of us that your gone but not forgotten and will be forever in our hearts. Rest in peace shooter 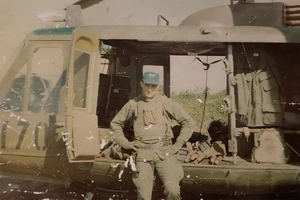 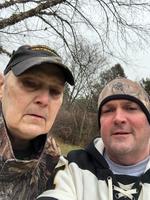 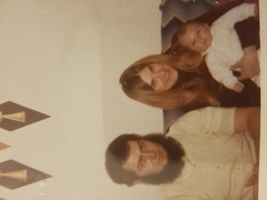