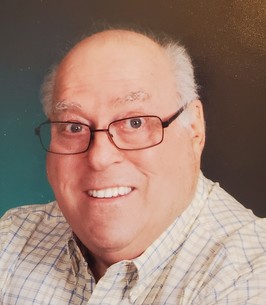 George was born February 20th, 1943 – Spencer, Massachusetts, the son of Eugene and Marie (Poitras) Surprenant. Following his graduation from Spencer High School, George would serve his Country in the United States Air Force, serving from 61’ to 65’. While in Clinton he acquired an Associate’s Degree from Clinton Community College.

George was united in marriage to Margaret “Marge” Davis on February 19, 1966 in Roswell, New Mexico.
He was a long-time member of the Church of the Visitation, the Kiwanis Club in Camanche, NARVRE of Clinton and AMVETS Post 28.

George started his career with the Chicago Northwestern Railroad and finished serving as a Conductor for the Union Pacific Railroad, retiring in 2006 after 37 years.

George, loved capturing memories through his photography, whether it was pictures of an Iowa farm barn glistening in the morning sun, a singing blue bird on the fence post, a butterfly on a sunflower or a solemn Memorial Day remembrance in Camanche. He also enjoyed writing poetry, leaving a treasure trove of verses for the family to read. George also enjoyed watching golf and he enjoyed a spirited conversation regarding politics. Above all, he loved his family very much, especially his grandchildren and great-grandchildren.

Preceding George in death are his parents, one infant daughter – Cynthia, one sister – Theresa and one brother – Robert and one infant brother.

Memorials made can be directed to Iowa Chapter of the JDRF (Juvenile Diabetes Research Fund) or the Alzheimer's Association.