To share your memory on the wall of George Rickerl, sign in using one of the following options:

George was born October 30, 1923 near Old Browns Station, Iowa, the son of John Francis and Cecelia (Sterk) Rickerl. His family lived in Charlotte, Iowa from 1930 until 1937 and then moved to Clinton in 1937. He graduated from St. Mary’s High School in 1942. He enlisted in the Navy V-5 program and trained to fly dive bombers during WWII. He went to the Pacific theater in 1945 with the Naval Air Transport Service and was stationed in the Philippines, Guam, and Peleliu until June 1946.

He married Rosemary Kuehner on September 7, 1957 in St. Mary’s Church in Clinton, Iowa.

George loved fishing and hunting in his earlier years and was an avid Cubs fan who never gave up hope for a World Series win. He got that wish on November 3, 2016.

Memorial donations may be made to Jesus Christ, Prince of Peace Catholic Church, Clinton, Iowa.

Fond memories and condolences for George’s family may be left at www.lemkefuneralhomes.com, obituary page.
Read Less

To send flowers to the family or plant a tree in memory of George Peter Rickerl, please visit our Heartfelt Sympathies Store.

Receive notifications about information and event scheduling for George

We encourage you to share your most beloved memories of George here, so that the family and other loved ones can always see it. You can upload cherished photographs, or share your favorite stories, and can even comment on those shared by others.

Posted May 30, 2020 at 06:02pm
My thoughts and prayers are with the Rickerl Family. I remember George supporting his sons in Jr. Football and being a great example. Cherish the memories.
Comment Share
Share via:
TK

Posted May 20, 2020 at 10:25am
Please accept our most heartfelt sympathies for your loss... Our thoughts are with you and your family during this difficult time. With love and hugs, 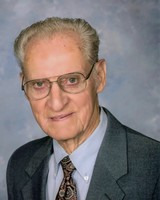