To share your memory on the wall of Edward Fall, sign in using one of the following options:

Ed was united in marriage to Linda Seanor on February 12, 1966 in Hale, Iowa.

Ed started his career working for electrical contractors for 20 years. He then continued his career at Mid-American Energy, as a Lineman - retiring after 30 years. He was a proud, 50 -year, member of the International Brotherhood of Electrical Workers.

Ed enjoyed being outdoors and especially loved fishing. He also enjoyed visiting Casino’s and following NASCAR. Often you could find Ed sitting at a table working a jig-saw puzzle. Above all, he loved his family very much and will be incredibly missed.

He was preceded in death by his parents, son Jeff, grandson Caleb, two brothers – Stanley and Tom and one sister – Linda Moore.

To send flowers to the family or plant a tree in memory of Edward Lee "Ed" Fall, please visit our Heartfelt Sympathies Store.

Receive notifications about information and event scheduling for Edward

We encourage you to share your most beloved memories of Edward here, so that the family and other loved ones can always see it. You can upload cherished photographs, or share your favorite stories, and can even comment on those shared by others.

Knepp, With love and hugs, Greg, Kathy, Kat, Keaton,Shirl, and other have sent flowers to the family of Edward Lee "Ed" Fall.
Show you care by sending flowers

Knepp purchased the The FTD Comfort Planter for the family of Edward Fall. Send Flowers

Posted Jan 18, 2021 at 01:39pm
Shelly and Family,Please accept our most heartfelt sympathies for your loss... Our thoughts are with you and your family during this difficult time.

With love and hugs, Greg, Kathy, Kat, Keaton,Shirl purchased the The FTD Comfort Planter for the family of Edward Fall. Send Flowers

The Baker and Slager Families

The Baker and Slager Families purchased the The FTD Comfort Planter for the family of Edward Fall. Send Flowers

Posted Jan 18, 2021 at 11:14am
Wishing you peace to bring comfort, courage to face the days ahead and loving memories to forever hold in your hearts.

Posted Jan 18, 2021 at 09:25am
Please accept our most heartfelt sympathies for your loss... Our thoughts are with you and your family during this difficult time.

Your Wipfli Family purchased the The FTD Vibrant Sympathy Planter for the family of Edward Fall. Send Flowers 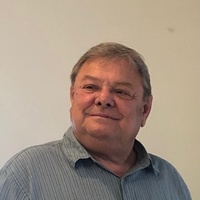