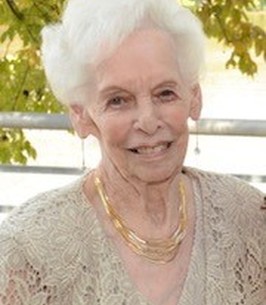 Dorothy Louise Gravert, 99, of Clinton, Iowa passed away peacefully at the Alverno on Monday, December 20, 2021. Honoring her wishes, cremation rites have been accorded. A Memorial Service takes place at 10:30 am on Saturday, May 7, at Lemke Funeral Homes — South Chapel. A visitation occurs one hour prior from 9:30am until the service hour at the funeral home. Burial takes place at Clinton Lawn Cemetery. Lemke Funeral Homes assisted the family with arrangements.

Dorothy was born February 15, 1922 in Clinton, Iowa. In 1942 she married Elvin Gravert, Sr and together they had four children Sandi Gruver (deceased), Linda Barnes of Florida, Kathleen Butman of Virginia and Elvin “Jr” of Camanche.

After Elvin Sr’s passing in 1978, Dorothy met Ralph Zeien who was her partner until his death in 2010.

Dorothy loved living out the final chapter of her life at The Alverno. Memorials can be directed to them in her memory.