To share your memory on the wall of Dorothy Dittman, sign in using one of the following options:

After marrying Emil A. Friedlein on June 29, 1953, they farmed in Monona, Iowa, and had their three children together, but then later divorced. Dorothy moved to Clinton, Iowa June 30, 1962, when she wed her husband of 36 years, Lyle R. Connor, Jr., who passed away October 4, 1998. Lyle had three sons of his own, and together they had multiple foster children. She later married Harold L. Dittman, of Wauzeka, Wisconsin, on July 19, 2003, divorced, and eventually returned to her birthplace, and final residence, Waukon.

She was educated in Waukon and Monona Elementary Schools, Monona High School, and Clinton Community College.

Dorothy farmed and worked in restaurants for eight years until 1961. From 1962 on, she worked in clerical positions for Jim Walters Corp, Clinton Corn (ADM), and Drives, Inc. Before retiring in 2002, she worked 26 years for the Iowa Department of Human Services. She also volunteered for Mercy Hospital’s Home Care and Hospice.

She loved the outdoors, hunting and fishing; enjoyed traveling, playing the piano, and singing in the church choir, and was always ready for a card game.

She was currently a member of Calvary Baptist Church in Waukon, and was a long-term member of Evangelical Free Church in Clinton (where she held numerous positions), Moose Lodge 363, Clinco Senior Class, Silver Advantage at Mercy Hospital South, Christian Women’s Club, and Prime Time at Clinton National Bank.

She was preceded in death by her oldest child, Gordon Friedlein, and his wife, Lona Friedlein, and two of their grandchildren, Linzy Friedlein and Haile Adams. Also her parents, and her sister, Lorna M. (Floyd) Friedlein.

Burial will be in Clinton Lawn Cemetery, Clinton, IA.

A Celebration of Life will be held at a later date.

Fond memories and condolences for Dorothy’s family may be shared at www.lemkefuneralhomes.com, obituary page.

To plant a memorial tree in honor of Dorothy A. Dittman, please visit our Heartfelt Sympathies Store.

Receive notifications about information and event scheduling for Dorothy

There are no events scheduled. You can still show your support by sending flowers directly to the family, or planting a memorial tree in memory of Dorothy A. Dittman.
Plant a Tree

We encourage you to share your most beloved memories of Dorothy here, so that the family and other loved ones can always see it. You can upload cherished photographs, or share your favorite stories, and can even comment on those shared by others.

Posted Feb 02, 2021 at 10:56am
Our deepest sympathies to you all. Dorothy's smile and kindness was amazing, I remember her from time I worked at hospital. Those girls in pink know how to have fun, showed me to enjoy life. Thank you Dorothy showing me that. God bless.
Comment Share
Share via: 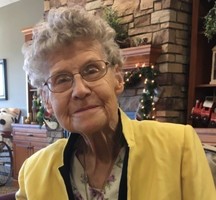 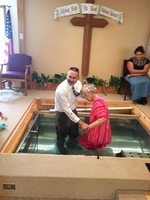 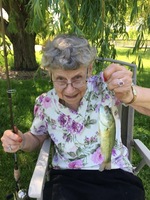