To share your memory on the wall of Dianna Sandholdt, sign in using one of the following options:

Dianna was born February 2, 1949 in Clinton, Iowa the daughter of Mr. and Mrs. Owen McClain. Dianna was married to Harley Keis in November 1965, they would later divorce. She then married Gary Delargy in June 1971; they would also divorce. She was then united in marriage to Douglas “Doug” Sandholdt on July 2, 1993 in Sabula, Iowa – Doug passed away on August 3, 2009.

Dianna worked a portion of her life as an Asphalt Roller Operator, working on several Interstate roadways. She also maintained her CDL and drove a truck. Additionally, she worked as a bartender from time-time.

Dianna loved riding horses and was an active member of the Clinton County Horsemen’s Association. She also enjoyed raising Cockatiels and loved all of her dogs she had throughout her life. She also enjoyed fishing and for part of her life was a commercial fisherman. Above all, she loved her family very much and will be greatly missed.

Dianna is survived by her children - Harley Keis, David Keis, Tonya Carrico and Herbert Keis all of Davenport and Gary (Kristal) Delargy of Clinton and Tony (Emma) Delargy both of Clinton and Douglas (Rebecca) Sandholdt of Ohio; 15 grandchildren and 12 great-grandchildren; three sisters – Lisa (Wayne) Boles, Terri (Lyle) Boles and Mike (Dawn) McClain all of Morrison, IL and Dawn (Glenn) Stuart of Fulton, IL.; with many nieces, nephews, cousins and friends.

She was preceded in death by her parents, her husband – Douglas; son – Jason Delargy, one grandson, one brother – James McClain, one niece and one great-niece.

To send flowers to the family or plant a tree in memory of Dianna Jean Sandholdt (McClain), please visit our Heartfelt Sympathies Store.

Receive notifications about information and event scheduling for Dianna

We encourage you to share your most beloved memories of Dianna here, so that the family and other loved ones can always see it. You can upload cherished photographs, or share your favorite stories, and can even comment on those shared by others.

Your Republic Services Family sent flowers to the family of Dianna Jean Sandholdt (McClain).
Show you care by sending flowers

Flowers were purchased for the family of Dianna Sandholdt. Send Flowers

Your Republic Services Family purchased the The FTD Comfort Planter for the family of Dianna Sandholdt. Send Flowers 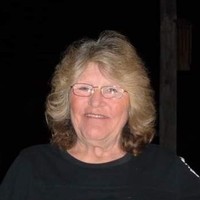