To share your memory on the wall of Dennis Remrey, sign in using one of the following options:

Provide comfort for the family of Dennis Remrey with a meaningful gesture of sympathy.

Dennis was born May 2, 1938 in Chadwick, Illinois the son of Mark and Marcella (Frank) Remrey. He was a graduate of Mount Carrol High School. Following high school, he joined the United States Navy serving aboard several ships as an Engine Mechanic.

Dennis was united in marriage to Carolyn “Carli” Eads at the Little Brown Church in Nashua, Iowa on April 17, 1965.

Dennis retired from International Paper, after 30+ years, where he was affectionately known as the “fox”.

He enjoyed hunting and fishing in his younger years. He also enjoyed golfing and bird watching. Dennis loved wood working and project tinkering in his garage. Following his retirement, he was a Grounds Keeper at Valley Oaks Golf Course. Dennis was an avid Chicago Cubs and Iowa Hawkeyes fan. Above all, he loved his family very much and will be greatly missed.

Preceding Dennis in death were his parents and two brothers – Stanley and Phillip.

We encourage you to share your most beloved memories of Dennis here, so that the family and other loved ones can always see it. You can upload cherished photographs, or share your favorite stories, and can even comment on those shared by others. 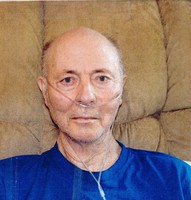