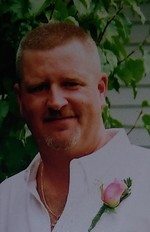 David was born November 26, 1965 in Clinton, Iowa the son of David R. and Kathleen Ann (Kratz) Schroeder. He was a 1984 graduate of Camanche High School. Following High School, he enlisted in the United States Army where he would eventually retire after 22 years serving his Country as a Tank Mechanic.

David was united in marriage to Ellaree Edlin on February 17, 2006 in Junction City Kansas.

Following his military service, David worked at ALCOA as a Maintenance Supervisor.

David enjoyed shooting guns, taking Pontoon boat rides and he loved working on trucks or anything that required mechanical attention. Above all, he loved his family very much whether they were blood related or not.

Preceding David in death was his father.