To share your memory on the wall of Constance David, sign in using one of the following options:

Connie was born on April 21, 1952 to Daniel J. and Charlotte J. (Hunter) David in Clinton, Iowa. She was born 3 months early and at about 6 months old it was discovered that she was blind, but her disability never slowed her down. She attended the Iowa School for the Blind in Vinton, IA from ages 5 to 17. This is where it became apparent just how talented she was. Connie played the flute and piano. She was a cheerleader and a member of the school’s marching band. She could also sing like a bird. Connie received degrees from Cornell College in Mt. Vernon, IA, Rockford College in Rockford, IL, and The University of Minnesota in Minneapolis, MN, all of which were in different areas of teaching and included a Master’s Degree.

Connie was always a fighter. She had to fight for her life, fight for an education, fight for a job, fight to eat in restaurants with her guide dog, fight to stay in hotels, fight to ride in a cab, and fight to get equal access to information.

One of Connie’s first jobs was in the dark room in the x-ray department of the Jane Lamb Hospital in the 70’s. She was a Girl Scout counselor and leader. In the 80’s she moved to Minneapolis, MN, where she acquired a job as a teacher in Early Childhood Family Education. While there, she and her friends and fellow educators Don and Mary Z., developed a class for LGBTQ parents and their children. In the 90’s Connie requested to work as a teacher in a classroom and was given a position at a mainstream, Minneapolis Public School ,teaching 3rd grade.

Connie retired from teaching in 2008, even so, sitting still was not part of her demeanor. After retirement she became a certified mediator for the Minneapolis court system working with divorced couples with children. She was an estate planner with Primarica, and she was the author of several online books regarding finance. Her love of music kept her involved with 8 different signing groups and church choirs. She built a strong community of friends and family there.

Through the years Connie had the privilege of receiving 8 guide dogs from the Seeing Eye Foundation in New Jersey. The first of which was Blythe in 1982. She and Blythe were the subjects of a book by Bernard Wolf called “Connie’s New Eyes”. Her other dogs were Henry, Willis, Villa, Joyful, Flora, Razz and Joy. They were her kids.

She was preceded in death by her parents, one sister, Vicky (Tom) Crider, and a nephew, Chad Bickford.
Read Less

Receive notifications about information and event scheduling for Constance

There are no events scheduled. You can still show your support by sending flowers directly to the family, or planting a memorial tree in memory of Constance Jean "Connie" David.
Plant a Tree

We encourage you to share your most beloved memories of Constance here, so that the family and other loved ones can always see it. You can upload cherished photographs, or share your favorite stories, and can even comment on those shared by others.

Plant a Tree in Memory of Constance
Plant a tree 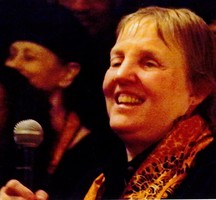