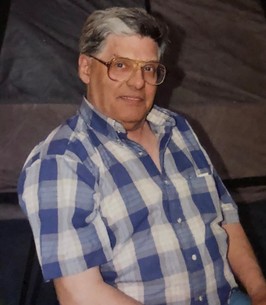 Charles H. Bacon, 77, of Clinton, Iowa, passed away at home on November 14, 2022. Cremation rites will be accorded with a Memorial service taking place at 2 pm on Friday, November 18, at Lemke Funeral Homes — South Chapel. A visitation takes place one hour prior from 1 pm until the service hour at the funeral home. Burial will take place at a later date at Smithtown Cemetery. Lemke Funeral Homes assisted the family with arrangements.

Charles was born March 26, 1945, in Clinton, Iowa, the son of Orland and Madge (Martin) Bacon. Charles served in the U.S. Army, a Veteran of the Vietnam War.

He worked as a process technician at Drives, Inc. for 20+ years.

Charles loved the outdoors, especially fishing. As a youth, he rode his motorcycle across the country, and later in life enjoyed telling the many stories about that journey. Charles enjoyed the hobby of building radio-controlled airplanes and loved flying them. He also enjoyed rock collecting and was proud of his collection. Charles adored his dog — Lady and his new furry friend – Fred the cat. Above all he loved his family very much, especially his grandchildren, and will be incredibly missed.

He was preceded in death by his parents and siblings.